Inflation: Everything You Need to Know 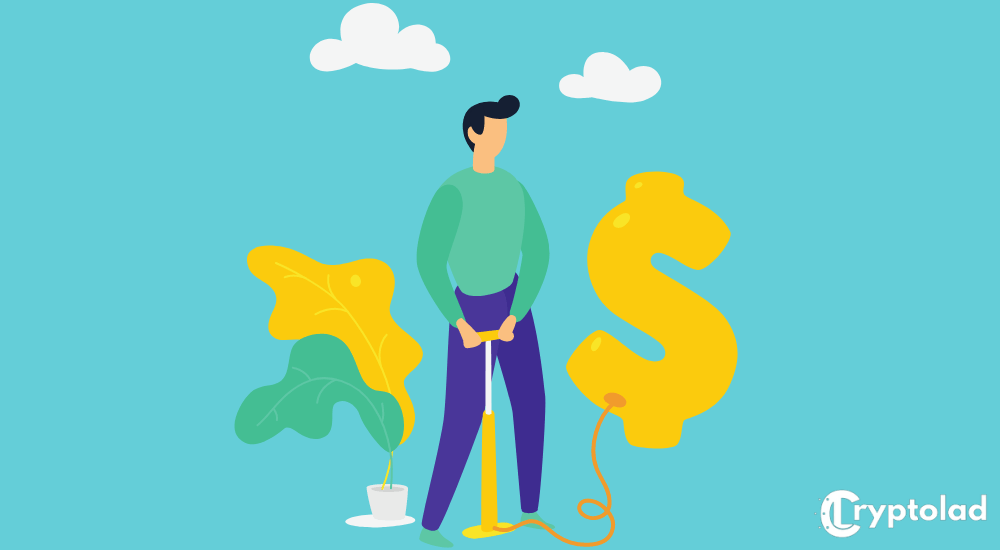 Economists have long been studying the nature of prices and their relation to factors like product and currency availability. This is called Inflation, so what is inflation exactly?

Shortcuts show
1) What Is Inflation?
2) Time Value of Money vs. Inflation
3) Different Types of Inflation
4) Why Does Inflation Occur?
5) Conclusion

During the American Civil War in the 19th century, when the dollar was severely devalued by printing banknotes more than the metal backings, the term "inflation" was increasingly used.

So, yes, inflation doesn't mean the change in the value of production or a mere fluctuation of the metal price kept as a backing of the currency.

Instead, inflation indicates the depreciation of the currency over a period.

Time Value of Money vs. Inflation

Do you know how banks pay you interest for the money you keep with them?

Even though the bank operates by charging interest for lending the deposited money and gives a portion of that to you.

However, inflation and interest rates are closely related.

The idea behind the interest rates is that the value of today's money shall not be equal to that of tomorrow's.

With each passing period, the value decreases. So you are entitled to more money in the future than what you deposit today.

Since the bank and the regulated economy contribute to the increase in the inflation rate, the question arises.

Is inflation good? Well, economists believe that moderate inflation is good and healthy.

You see, the money you deposited and which was eventually borrowed by another person or entity is going to be invested within the economy and help develop it.

So, inflation encourages you to invest and help the economy grow.

Now that you know, what inflation is, and that moderate of it is good, why is there so much bad noise surrounding it?

You have heard the phrase, "Nothing of too much is ever good," right?

Have you seen how the currency of Zimbabwe and Venezuela has wholly collapsed?

Their inflation rose to such an extent that the value of the currency has isn't worth printing.

Usually, more than 1000% of inflation is considered hyperinflation.

This is a very delicate situation.

As told by the British politician Iain Macleod, Stagflation is the worst of both inflation and stagnation.

As such, not only the prices keep increasing, i.e., the value of currency decreases.

Also, the growth of the economy becomes slow or stuck.

During stagflation, the unemployment rate keeps on rising, but the commodities' price also increases quickly.

Why Does Inflation Occur?

Since we have established that currency is measured by looking at the commodity prices in consumer, producer, and personal, the easiest way to identify inflation is by comparing the prices at different times. Just like our Harvard Example.

To understand why inflation occurs, we will have to go back to the most basic economic theory, supply and demand!

Let's look at the 3 scenarios that cause inflation.

Say, Harvard university can enroll only 100 students at a time, whereas 1000s of students having the eligibility are fighting to get a seat.

What would you do in such cases? Increase the price to limit demand.

So, demand-pull inflation or prices increases when the demand is much higher than the supply.

Whereas, in the cost-push, the suppliers face a potential decrease in their supply due to natural disasters, political unrest, or internal problem.

Thus they increase the price even though the demand remained as like before.

This is also known as hangover inflation.

So, what is a hangover? A result that you suffer due to the previously done mischief, right?

Similarly, built-in inflation is when the producer passes on the extra cost they face due to the employees demanding more wage rates to the consumers.

Amidst this, the price increases, and so does inflation.

The workers demanded a higher wage rate to keep up with the inflation initially, but due to the built-in inflation, the outcome remained as before.

We explored different terms surrounding inflation and learned the types and theories of inflation with real-life examples.

With these theories, you should be able to relate to the scenarios you faced.