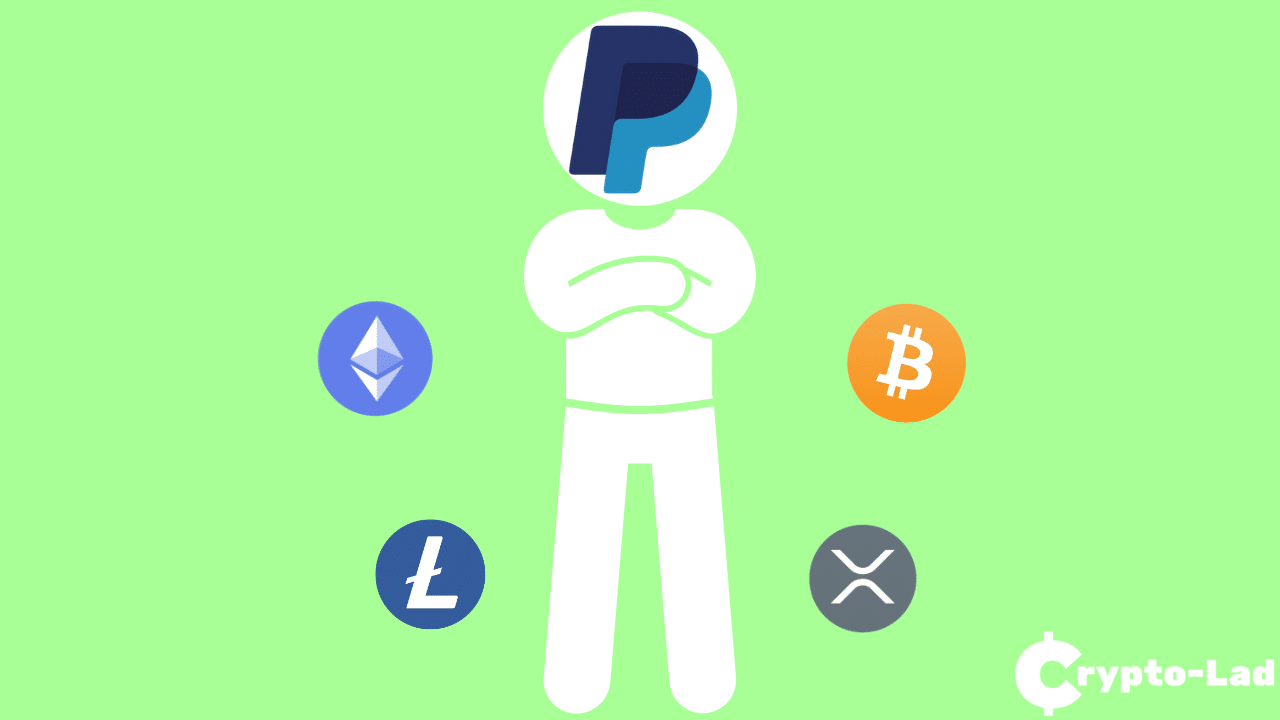 Rumors of PayPal planning to buy the institutional digital asset custody, trading, and finance platform BitGo are circulating all over Crypto Twitter. The information was initially shared by a Chinese cryptocurrency enthusiast. A few minutes later, a Bloomberg reporter had also confirmed possible talks between PayPal and BitGo.

PayPal has made several advancements in the cryptocurrency territory recently. First, the digital payment processor surprised everyone by announcing support for a number of cryptocurrencies, including Bitcoin, Ethereum, Bitcoin Cash, and Litecoin. Users based in the U.S. will be the first ones to have access to this new service, which is reported to start in the ‘coming weeks.’ As for the rest of the world, PayPal plans to offer cryptocurrencies in the first half of 2021.

However, the news do not simply stop here. An executive from CoinShares shared recently that PayPal might plan to introduce its own cryptocurrency next year. In an interview during CNBC’s Fast Money segment, Chief Security Officer Meltem Demirors stated that she wouldn’t be surprised if the company launched a token in the next 6 to 12 months. Moreover, she planned that PayPal’s token would most likely resemble digital dollar stablecoins.

But as the newest rumors indicate, PayPal is ambitious enough to invest and purchase some of the most popular cryptocurrency platforms. Twitter user BitcoinWeibo shared today’s information revealed during a Chinese financial live broadcast. According to the user, media reports have revealed that PayPal seeks to acquire a number of digital asset companies, including BitGo. 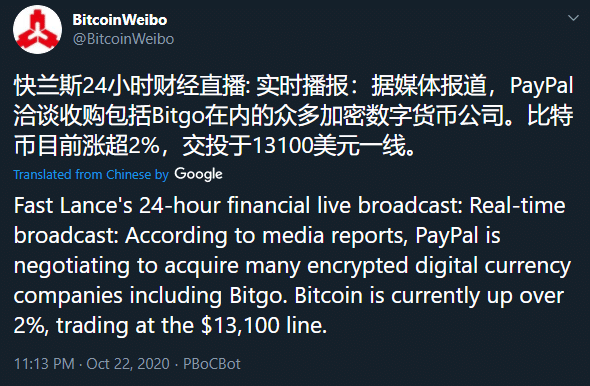 Only a few minutes later, Bloomberg reporter Carol Massar tweeted the exact same news. Specifically, she shared that PayPal is currently in talks to purchase cryptocurrency companies such as BitGo.

At this point, neither PayPal nor BitGo responded to the rumors. Given the multiple reliable sources, it is highly possible that the information may be true. As we already know, PayPal shared its interest in the cryptocurrency sector on numerous occasions. Their first entrance in the crypto space came with their participants in Facebook’s Libra stablecoin project. However, the company was quickly ‘forced’ to leave the Libra Association due to a number of reasons.

Primarily, the payment processor cited increasing regulatory pressure and backlash from international governments and financial institutions. According to the company, this pressure could potentially ‘bleed into their business.’

Nevertheless, it is now obvious that PayPal seeks to turn into a formidable crypto entity with its newly announced projects. It is worth pointing out that both of the aforementioned tweets revealed that PayPal is looking to acquire several crypto companies.

While this is bullish for the entire market, the question remains of how good PayPal’s services will be. The community already gave the terms and conditions for the cryptocurrency support a good look and discovered that the situation is not good as it seems. PayPal’s terms and conditions now reveal that users do not in fact hold cryptocurrencies on their own. Moreover, they cannot withdraw the digital assets or trade them, they can only sell them into fiat money. Another terrible restriction is that users cannot use crypto to pay for products and services.