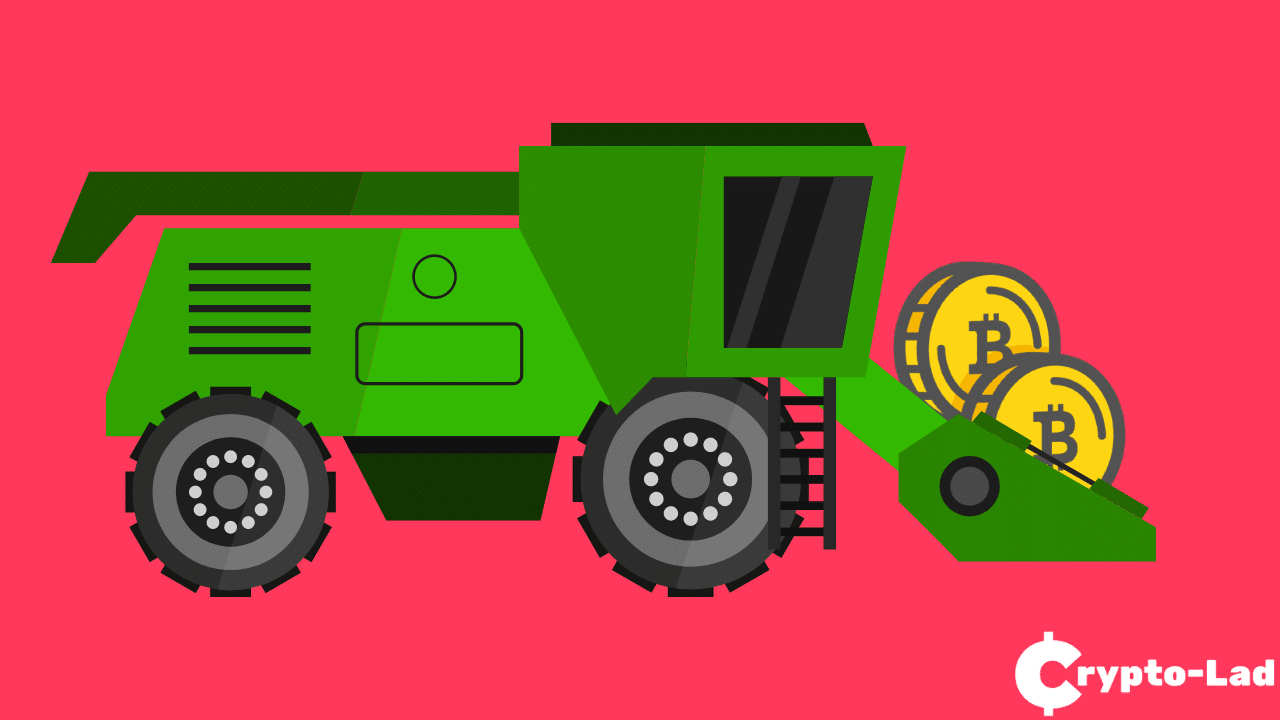 Automatized yield farming protocol Harvest Finance decided to put a $100k bounty on a malicious actor after experiencing a $24 million hack. On their official Twitter account, the team shared that there is a lot of information regarding the perpetrator’s identity and that it will reward anyone who contracts him. Moreover, it was shared that the hacker is ‘well-known in the crypto community.’ 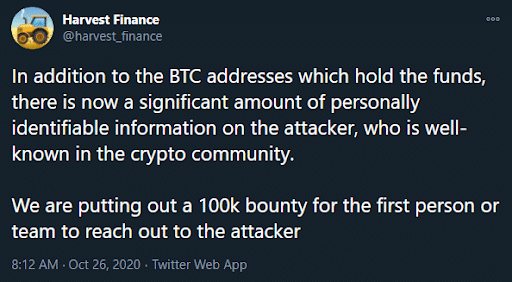 As discovered on October 26, the DeFi protocol was hacked earlier today by an anonymous individual. The hacker attacked the project’s liquidity pools and stole $24 million in total. In the meantime, the individual decided to swap the assets for renBTC. Soon after the event, the Harvest Finance team confirmed what happened and stated that it is ‘working actively on the issue of mitigating the economic attack on the Stablecoin and BTC pools.’

For unknown reasons, the hacker decided to send back around $2.5 million in stablecoins to the contract deployer. According to Harvest Finance, the funds will be distributed back to the affected users by utilizing a snapshot before the hack occurred.

Now, Harvest Finance works together with the Ren Protocol to conduct on-chain analysis and discover who the malicious actor is. Moreover, the team asked leading cryptocurrency exchanges such as Binance and Coinbase to freeze the funds in the case that they reach the two trading platforms.

According to data from DeFi market aggregator DeFi Pulse, the total value of locked assets plunged from $1 billion to around $570 million. The platform’s servers are severely overloaded since this morning, most likely as a result of farmers checking what is happening with Harvest Finance. We expect that the TVL metric may continue to fall in the following hours.

In the meantime, the Crypto Twitter community has reacted quite negatively to the news. A number of users blamed the developers for not properly auditing the protocol. Some even suspect that the developers may be behind the ‘attack.’

At the same time, a part of the Harvest Finance community expressed various statements of support. Seeing that the team is actively working with a number of crypto projects and companies to resolve the issue, it is unlikely that they had anything to do with the hack.

As a reminder, the automatized yield farming aggregator managed to attract $1 billion in liquidity over the course of two months. As one of the most successful DeFi projects in the last two months, the platform’s value almost doubled overnight in October. 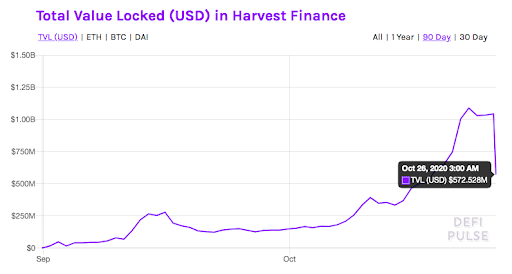 However, the recent hack will have significant effects for months to come. According to CoinGecko, the price of their governance token FARM was halved today. The token reached an all-time high of almost $350 last week. 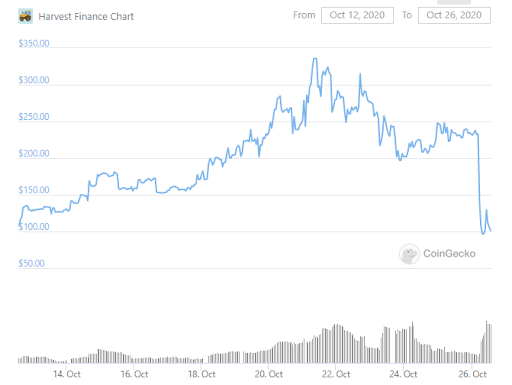 Before the hack, FARM was trading between $200 and $250 for most of the weekend. Now that the hack happened, a majority of holders sold, and the DeFi token reached temporary support at $100. Naturally, it is entirely possible for the token to fall down further until the hack is resolved.